Return to History of Zetland Lodge

THE FIRST MASTER OF ZETLAND LODGE
1875 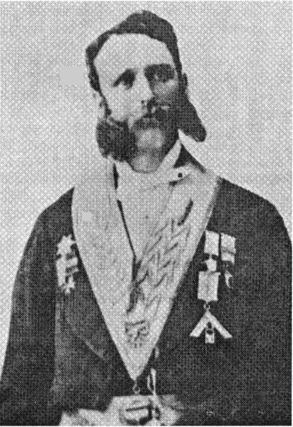 W. BRO. J. G. BURNS, a Past Master of Stevenson Lodge No. 218, presided with nearly all the other Offices filled with Past Masters. W. Bro. J. B. Nixon as Senior Warden and R. W. Bro. Daniel Spry as Junior Warden. The first initiate was the late Senator Robert Jaffray, who took an active interest in Lodge affairs until his death, and among the affiliates was R. W. Bro. Sir John A. MacDonald, Prime Minister of Canada. Membership 65. R. W. Bro. Burns was later D.D.G.M. of Toronto District, and a member of the Board of General Purposes.

1877 W. BRO. J. B. NIXON, Membership 72. Among the initiates of the year was Bro. E. T. Malone. Sir Adam Wilson presented the Officers jewels, which are still in use. The first “At Home” was held. W. Bro. Nixon was elected D.D.G.M. The only event which marred the harmony of the year was the Nixon and Brown trial, arising out of the charge brought by the W. M. against C. W. Brown, a member of the Lodge, for un-masonic conduct; after the taking of evidence and reporting to the Lodge, Bro. Brown made a satisfactory explanation of his conduct and the charges were withdrawn.

1880 W. BRO. J. S. MacDONALD, Membership 91. Bro. MacDonald proved a painstaking and efficient Officer; he had the confidence of his brethren and had a most prosperous and busy year 14 candidates initiated.

1884 W. BRO. JOHN B. HAY, Membership 93. An able ruler and very impressive ritualist. Was appointed Grand Superintendent of the Works.

1885 W. BRO. P.G. ROUTH, Membership 93. Installed by R. W. Bro. E. T. Malone who installed all subsequent Masters up to and including the year 1933. Bro. Routh accepted the position of W.M. with much misgiving on account of his nervous disposition, but was loyally supported by the members and had one of the most prosperous years in the history of Zetland Lodge, with 10 initiations and 7
affiliations. New by-laws for the Lodge were prepared and the meeting night was changed from the 4th Friday to the 4th Monday.

1889 W. BRO. H. A. TAYLOR, Membership 146. A very busy year 19 initiations and 5 affiliations. Bro .Taylor was a consistent and active member for 52 years and Director of Ceremonies of the Lodge for 31 years. Elected Grand Senior Warden.

1890 W. BRO. HUGH J. CRAIG, Membership 154. Zetland selected by City Lodges for reception to M. W. Bro. John Ross Robertson, G.M., on his return from England. The meeting night was changed back to the 4th Friday as it was found that such night was better suited for those members who were employed in mercantile pursuits.

1899 W. BRO. ALEXANDER STEWART, Membership 303. Visit of M.W. Bro. W. A. Sutherland, Grand Master, Grand Lodge of New York. The Grand Master and all Past Grand Masters of Grand Lodge Canada then living, except M.W. Bro. Henry Robertson, of Collingwood, were in attendance. Return visit of the Lodge of Strict Observance, Hamilton.