Return to Zetland Lodge No. 326

The name “Zetland” was born by a Toronto Lodge formed by members of St. Andrew’s Lodge No. 16, on the 23rd July, 1846; it continued to function until the year 1851, when it ceased to exist. The Honourable Sir Adam Wilson, afterwards Chief Justice of the Queen’s Bench, was its last Master. The name was, however revived in the month of March, 1875, when R.W. Bro. J. K. Kerr, Q.C., who was then acting as Grand Master by reason of death of the Grand Master, M.W. Bro. W. M. Wilson, issued the dispensation on the petition of forty-six brethren belonging to eleven lodges, namely; St. Andrew’s King Solomon’s, Victoria, Rehoboam, St. John’s, York, Stevenson, Doric, Corinthian, Blackwood and Seven Star. The first meeting was held under dispensation on March 26th, 1875, in the Masonic Hall, Toronto Street, and the charter granted on July 15th following.

The data for this sketch is drawn principally from memory, as well as from a perusal of such of the Minute Books and Lodge Summonses as have been preserved. Unfortunately for the lodge, Minute Book Number 3, which contained the records from 1894 to 1901, both dates inclusive, has been destroyed.

The records faithfully portray the various states through which the Lodge has passed, its entrance into the Masonic arena amid the plaudits and congratulations of the Craft, its brave fight against the load of debt with which it was freighted, and its continued prosperity under the guidance of its various Masters,

Here follows for each year the name of the ruling Master, the membership, highlights and important events and Grand Lodge rank, if any, subsequently conferred on the Master. 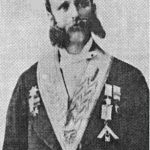 1914-1918, Names of Zetland Lodge Members who took part in the Great World War