To write more than a brief and inadequate sketch of the origin and history of Wilson Lodge No. 86, G.R.C., in a few pages is,of course, quite impossible. All that can be done is to bring to the attention of the brethren some of the more outstanding happenings during the one hundred years of continuous service of Masonry in general and this Lodge in particular.

The Grand Lodge of Canada had come into being in 1855 with M.W.Bro. William Mercer Wilson, as Grand Master. A contemporary, Kivas Tully, was also most active in the formation of this Grand Lodge and became a close friend and confidant of the Grand Master.

In the midst of all these Masonic activities, R.W. Bro. Kivas Tully, V.W. Bro. Stedman B. Campbell, and V. W.Bro. Henry B. Bostwick and eight other Master Masons decided to form a new lodge, to be called Wilson Lodge after William Mercer Wilson, the Grand Master.

Accordingly an Emergent Meeting was held in the Masonic Temple, Church and Colborne Streets, on November 27, 1857, with R.W.Bro. Kivas Tully presiding. A letter from the Grand Secretary was read, stating that the Lodge Warrant was ready and would be forwarded on the payment of 2 Pounds 10 Shillings, the balance of the fee. At this meeting six members of King Solomon’s Lodge were proposed as joining members.

Being in possession of the Warrant from Grand Lodge, the first Regular Meeting of Wilson Lodge A.F. & A.M. No. 48 G.R.C. was held on Tuesday, December 15, 1 857, in the Masonic Hall, Church and Colborne Streets, Toronto. A communication was read from M.W.Bro. William Mercer Wilson, signifying his assent to the request of the Lodge that he install the Worshipful Master and invest the other officers of the Lodge on Monday December 28, 1857, the Anniversary of St. John the Evangelist

The second Regular Meeting was called for Monday, December 28, 1857, at 5.00 P.M. when M.W.Bro. Wilson consecrated the Lodge, installed the Worshipful Master in due and ancient form and invested the other officers for the ensuing year:

The Lodge was closed in Harmony at 6.00 P.M., the proceedings having been carried out with despatch, an example that we might well emulate to-day.

Such was the inception of Wilson Lodge into the Life of Masonry in the City of Toronto one hundred years ago. During the ensuing year there were thirteen Regular and three Emergent Meetings. Daniel Morrison had the honour of being the first Initiate, becoming member No. 13. Masonic Education was the keynote of the Meeting even at this early date. R.W. Bro. Tully gave a lecture on the Master Mason Degree; R.W.Bro. G. D. Simpson, D.D.G.M., spoke on the Origin of Masonry and V.W.Bro S. B. Campbell on the Landmarks of the First Degree.

Birch Cliff Lodge was founded in 1922 as a daughter Lodge of Wilson Lodge No. 86, which was located in Toronto and named for William Mercer Wilson, the first Grand Master of the Grand Lodge of Canada in The Province of Ontario. At that time, the City of Toronto was growing rapidly, and Freemasonry matched …

In 1857 a petition for dispensation to form a lodge was signed by eleven Masons including R.W. Bro. Kivas Tully, V.W. Bro. Stedman B. Campbell, and V.W.Bro. Henry B. Bostwick, and eight Master Masons. Kivas Tully is a name that looms large in the annals of Canadian Freemasonry. A prominent Toronto engineer  and architect, Tully … 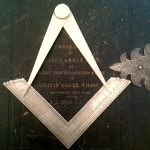 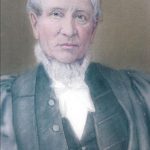