Freemasonry is the oldest and largest world wide fraternity dedicated to the Brotherhood of Man under the Fatherhood of a Supreme Being. Although of a religious nature, Freemasonry is not a religion. It urges its members, however, to be faithful and devoted to their own religious beliefs.

The organization of Freemasonry is based on a system of Grand Lodges, each sovereign within its own territory. There is no central authority governing all Grand Lodges. However, to be acknowledged by others, acceptable traditions, standards and practices must be maintained.

In our Province the governing body is called the Grand Lodge of Ancient Free and Accepted Masons of Canada in the Province of Ontario. It is under the leadership of the Grand Master. He presides over 53,000 Masons who belong to one or more of the 587 lodges in our jurisdiction. Each of these lodges is under the direction of a Worshipful Master.

As a fraternity, Freemasonry provides an opportunity for men to meet and enjoy friendly companionship. In the spirit of helpfulness and brotherly love and guided by strict moral principles it encourages goodwill toward all mankind. Freemasonry is of a personal nature in its private ceremonies. Its ritual dramatizes a philosophy of life based on morality. It promotes self improvement. The tools of operative masons are used to symbolize and teach the basic principles of brotherly love, charity, and truth which Masons are encouraged to practice in their daily lives. Charity is a tangible way in which Masons help those whose circumstances in life fairly warrant it.

Our traditions can be traced directly to the associations of operative masons. They were men of outstanding character and high ideals, who built the cathedrals, abbeys, and castles of the Middle Ages.

With the decline of cathedral building in the 17th Century, many guilds of stonemasons, called “Operative” masons, started to accept into their membership those who were not members of the masons’ craft and called them “Speculative” or “Accepted” masons.

It was in these groups, called lodges, comprised mainly of “Accepted” masons that Freemasonry, as we know it today, had its beginning.

In 1717, four such lodges, which had been meeting regularly in London, united to form the first Grand Lodge of England under the direction of a Grand Master. From that first Grand Lodge, Freemasonry has spread throughout the world. Today, some 150 Grand Lodges have a total membership of approximately four million Masons.

One of Freemasonry’s customs is not to solicit members. However, anyone should feel free to approach any Mason to seek further information about the Craft.

Membership is for men, 21 years of age or older, who meet the qualifications and standards of character and reputation, who are of good moral character, and who believe in the existence of a supreme being.

The doors of Freemasonry are open to men who seek harmony with their fellow man, feel the need for self-improvement and wish to participate in making this world a better place to live.

Any man who becomes a Mason is taught a pattern for living – reverence, morality, kindness, honesty, dependability and compassion. He must be prepared to honour his country, uphold its laws and respect those in authority. He must be prepared to maintain honourable relations with others and be willing to share in Masonic activities. Freemasonry is a way of life.

WHO CAN BE ONE ? One of Freemasonry’s customs is not to solicit members. However, anyone should feel free to approach any Mason to seek further information about the Craft. Membership is for men, 21 years of age or older, who meet the qualifications and standards of character and reputation, who are of good moral … 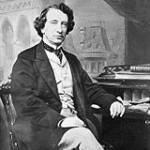 Why become a Mason?

Masonry offers the opportunity to make each man better through its teachings, his Masonic associations and a philosophy that has served the social needs of men for centuries, by promoting: Tradition: when you become a Mason, you become part of ancient tradition that spans centuries. From the original stonemasons that produced some of the most …

History of Grand Lodge of Canada

1634– Lord Alexander, a member of Edinburgh Lodge No. 1 at Mary’s Chapel, is the first recorded freemason in Canada, then known as New France. He founded a colony of Scots on the banks of the St. Lawrence River. 1738 – The first Masonic lodge in the colony of Canada is constituted in Annapolis, Nova …

Freemasonry 2B1 ASK1 Famous Masons Why become a Mason? History of Grand Lodge of Canada